Since March 2020, ZIM Aircraft Seating has been majority-owned by the Munich-based Aurelius Group, which specializes in turnaround cases, and was recently able to win a major contract worth tens of millions of euros from the Lufthansa Group. Mayor Georg Riedmann and treasurer Michael Lissner recently visited the company, as the city of Markdorf reports in a press release.

“ZIM has successfully completed the turnaround and restructuring phase, has been back in the black since 2021 and is now back in the growth phase,” Stephan Leibold, CFO of ZIM Aircraft Seating GmbH, who, like Sven Achilles, has plenty of turnaround experience, is quoted as saying. The company, headquartered in Immenstaad, has an assembly plant in Markdorf with currently five production lines and approximately 60 employees. 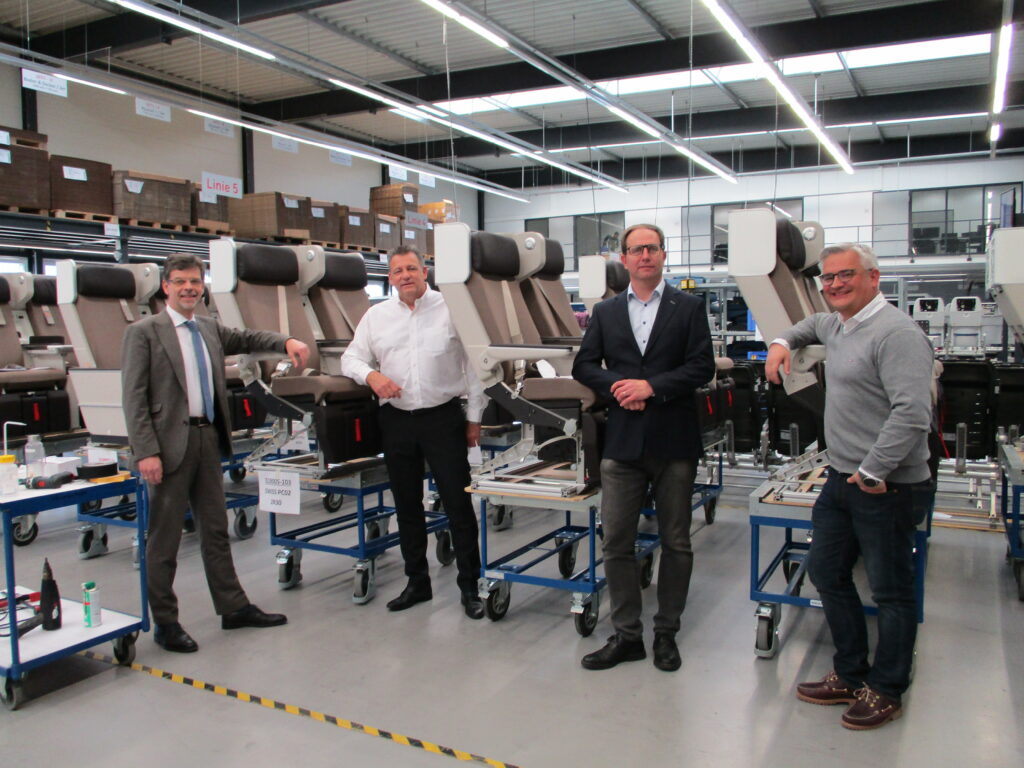 If the plans of CEO Sven Achilles are anything to go by, the production area will have to be roughly doubled in the next few years to accommodate the planned growth. That’s why ZIM is on the lookout for expansion space. Stephan Leibold adds, “Since we have many employees who live and reside in Markdorf and the surrounding area, it would be ideal if we could build a new assembly plant in Markdorf.”
According to Mayor Georg Riedmann and City Treasurer Michael Lissner, there is now a concrete possibility and opportunity for ZIM to do this thanks to the new industrial park that has been created in Markdorf. “We would be very pleased if ZIM were to realize its growth plans in Markdorf,” said Riedmann.

ZIM Aircraft Seating is the global leader in premium aircraft seating. Headquartered in Immenstaad am Bodensee, Germany, it has approximately 160 employees in the field of engineering, designing, manufacturing, and servicing aircraft seats for more than 100 airlines around the globe. By leveraging ground-breaking technology and innovations in material and design, ZIM Aircraft Seating offers customized economy, premium economy and business class seating solutions for all types of aircrafts and customer demands worldwide.